The View from the Street: The Ordinary Sannyasin at Rajneeshpuram

Artist/painter and farmer living in England. Lived at Rajneeshpuram for four years. 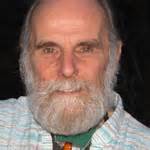 Because of my agricultural experience, I was one of the first people to go to Rajneeshpuram. My job then was taking the land, which had been totally neglected and overgrazed, and getting the basics of agriculture started. Very soon after that I had many disagreements with Sheela, I never got on with her. It didn’t feel to me like she was intelligent, even. She was cunning, clever, but not intelligent.

The arguments were about policy. She said we should have chickens because we’d need lots of eggs, and I said, Yeah, we should have them all scattered around, and she said, No, put them all together. And I said then you have the likelihood of disease and you need to give them antibiotics. And she said, so give them antibiotics. And that was really not my way, I was an organic farmer. And there were more profound disagreements. Like, I did have contact with the Nike shoes guy in the documentary [rancher Bill Bowerman]. I had very nice contact with him: I went over to his ranch, we talked about growing grapes and having a vineyard, and he taught me how to roll cigarettes one-handed on a horse. But somehow I couldn’t and wouldn’t go along with Sheela’s aggression towards the neighbors, so within another three months, I was out of farming and gardening and in the pot room washing pots. I was very unhappy in the pot room because I felt like my dream of an environmental paradise was just lost, and she handed it over to someone who would be more obedient to her wishes.

It was inconceivable to me. After it all came out, we were all sort of wandering in shock for days.

I didn’t like or trust Sheela but none of us had any clue what was going on — the poisonings, the fire-bombing. It was inconceivable to me. After it all came out, we were all sort of wandering in shock for days. I just remember walking down one of the roads not knowing what I was doing, what, what, where am I?

The documentary — I felt quite queasy watching it. Actually like a feeling of nausea. I’m not very supportive of the film, people talk about it as being balanced, but it was balanced between villains and rednecks. It felt to me like a male, puritan, American movie, lavished with the usual ingredients of sex, guns, and money.

I went to Osho to have the rug pulled out from under my feet — the sort of comfortable rug that I was given in my education and my upbringing. I could go on forever about how important that experience was for me. I’m 80 and I just feel so happy, so rich, so free, so my life is so joyous. And I blame him for all that! He did the work on me. I also read a few days ago that 42 percent of millennials say they are engaged in meditation of one sort or another. So I think that’s amazing that that message, that understanding that we have struggled and fought and battled with — that they got it just like that. Meditation was the tool Osho gave us — stepping out of ego, and stepping out of the busy traffic of the mind.

86 Responses to The View from the Street: The Ordinary Sannyasin at Rajneeshpuram