Ma Yogini’s trip to the divine 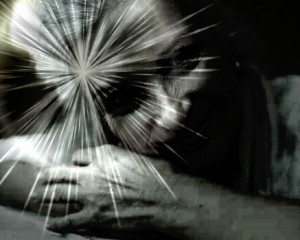 I first met Osho in 1972, during one of his meditation camps at Mount Abu. We did not exchange words but I did sit quite close to him, close enough to smell that specially made balm he used. It is decades ago and I must confess that my strongest memory of that time is of the troops of grey monkeys swarming all over the place. It was rumoured that some of the monkeys had rabies and I can remember they could be quite aggressive, especially if they smelled food.

Most of the meditators were Indians, a lot of them quite hysterical, with only a handful of Westerners, mostly German. The camp ended on a full moon night. I was not particularly impressed by the dynamic meditation, I have only done it half-a-dozen times in my life. I was impressed by Bhagwan and to this day I have no idea how he managed to generate what I would describe as a universal vibration of loving compassion.

I decided to visit Osho in Mumbai, where he lived in an apartment on Malabar Hill. It was there that we talked for the first time and I was eventually initiated into sannyas and given the name I still use today with my sannyasin friends, Ma Yogini Bharati (or just YB, for short!).

I rented a small apartment in the neighbourhood of Bhagwan’s place, so that I could spend more time around him. I’d fallen in love with the man. Those were very exciting times. You could feel that something was incubating and about to hatch, something big. I became friends with Bhagwan and Laxmi, who I always thought was a bit of a control freak with a very quirky sense of humour. She was totally devoted to Bhagwan.

One wet afternoon, during the monsoon, Bhagwan talked to an American hippie man about LSD. At that point I’d never taken an illegal drug in my life, except for trying pot a couple times, and I do not think Bhagwan had either. Later that day, I had tea with the hippy in a local cafe with an amazing view of the sprawling city below us. He gave me a gift of half-a-dozen orange LSD tabs and told me he was off to Nepal early the following morning.

Three days later, I took LSD for the first time. Within an hour my grip on consensual reality was slipping away. Nothing in my experience could have prepared me for the effects produced by LSD. The hum from the air conditioning unit in my small apartment sounded like a jumbo jet revving up before take-off. I decided to go for a walk, which turned into a mind-boggling adventure, perhaps a little like Albert Hofmann’s bicycle ride back in 1943 when he became the first human to ingest lysergic acid diethylamide.

It was early evening when I wandered under the Gateway to India. I made it to a spot marked on the tiles signifying that I was directly under the centre of the dome. Some kind of magnetic force kept me rooted to the spot. I have no idea how long I stood there. It was my first experience of no-mind, I was out of my mind yet utterly present. It changed my perception of life forever.

The next day was spent in bed. I felt a little depressed.

Two days passed before I saw Bhagwan again. I was sitting near to him at a darshan and he looked at me, smiled playfully and asked, “How was your journey?”

He chuckled and raised his eyebrows in mock surprise. “Your trip?”

Then I got what he was referring to. “Oh,” I said, “that trip. Yes, well, it was very interesting. It gave me a glimpse of no-mind.”

Then the master focused his attention on a couple of new people and asked them where they were from. How he knew about my acid trip will forever remain a mystery to me and he never mentioned it again.

A week later, I had to return to Canada to take care of my mother, who had a heart condition, but went on to live to the ripe old age of ninety-three.

I returned to India in the late fall of 1974, by which time Bhagwan had moved to Poona. I did not go there immediately. I first caught a ferry down to Goa and then on to the Sai Baba ashram in Puttaparthi, which I did not like at all. Sai Baba had strong energy, but it did not touch my heart. I returned to Goa and, after a beautiful LSD trip, which I had by then tried several times, I decided to go and see Bhagwan, having by that time decided he was my master.

I had spent most of my trip staring at a photo of Bhagwan. Might sound like a strange thing to do, but for me it was a wonderful revelation. Bhagwan, Bhagwan, Bhagwan. Just saying His name filled my heart with joy.

I was eventually given a room in the ashram, which I shared with another Ma, an overweight Californian, who kept me awake at night with her loud snoring. I had to buy ear plugs. I worked in the mala shop. I loved my work and my wonderful workmates, especially Asheesh, the boss with a funny eye. I never did any meditations. I found it all to be a bit silly.

You see, the reason I visited India in the first place was to get over the fact that my career as a trapeze artist in a world-renowned circus was over, due to an accident that almost cost me my life. I cannot begin to describe the sense of loss I experienced letting go of what I believed at the time to be my destiny. I had begun training as a gymnastic acrobat at age ten. I was a natural. In the ashram I would hear people talking about trust, let go and surrender, and I would laugh to myself. Try letting go of a trapeze a hundred feet above an audience of 5000 people, trusting that a fellow acrobat will be in exactly in the right position to catch you and then maybe you can begin to talk about surrender. Circus acrobats are amongst the most centred people I have ever met in my life.

I met the love of my life in 1978 in the ashram’s Vrindivan cafe. We left India behind and moved into his apartment in Manhattan, overlooking New York City’s Central Park. It was strange at first. So noisy, so hectic, so frenetic. I eventually fell in love with the city and its crazy inhabitants. On December 15, 1980, my beloved partner was diagnosed with a rare illness. John Lennon had been murdered outside the Dakota Building a week earlier. It felt to me like the world had gone insane.

For 18 months we travelled the world in search of a cure for my beloved’s illness. To no avail. He died on Christmas Day 1982. I fell into such a deep depression I was hospitalized.

By this time Osho (I’ll never get used to that name) was in the USA, but it did not occur to me to go and see him. In retrospect I probably should have.

I eventually went to Rajneeshpuram, a few months before it collapsed. I stayed for two weeks, caught a nasty cold and left without having set eyes on Osho, let alone talked to him. I did not like the Ranch, although I was very impressed by the amazing amount of work done there by sannyasins in such a relatively short time period. That was part of the problem for me. The commune had become all work with very little play. Although enthusiastic, everyone looked exhausted. Plus that mad woman, Sheela, had risen to power. I did not like her in Poona and I liked her even less in Oregon.

A month later, I caught a flight from LA to Quito in Ecuador. I met up with friends and we travelled by road to Iquitos in Peru. It was there that I tried 5-MeO-DMT for the first time. It made my LSD trips seem like weak tea. Somebody present told me that I screamed non-stop for five minutes. I do not recall that. But I do recall understanding  that I was a part of everything that exists. I understood for the first time what enlightenment is.

And so it happened that I spent the next three years in the Amazon Basin with my new teacher, Donna Mercedes Salvadora, an authentic spiritual healer. She passed away in 1989. May she forever rest in peace.

I heard from a visiting Brazilian sannyasin friend that the master was unwell, due to the effects of a slow acting poison. I dreamed about Osho that night and returned to Poona six weeks before he left the body. Somehow I felt like seeing him one more time, although my journey with Osho had somehow ended many years before.

Poona was even noisier and dirtier than how I remembered it. The ashram was buzzing with rumours as usual. The energy level was high and I had a wonderful time reconnecting with friends. Osho’s body being cremated at the burning ghats down by the Bund River was an event that I will never forget. I will not even attempt to describe in words what I went through that night. I returned to South America a month later, with the distinct impression that I would never return to Mother India, and I never did.

This abbreviated life story is actually an introduction to a very different subject, which I will not touch upon now. I will read the comments in response to this article on Sannyas News and decide afterwards whether to write a follow-up or not. Osho once said to me that life passes quickly and it is most important not to waste your time on the unessential. I think he was right.

Dear Osho, one of the sweetest and most gentle human beings to ever grace the world with his presence. I feel blessed that I had contact with him before he became famous, when it was possible to have a more personal relationship with him, even though he said the relationship only existed on your side, him being a hollow bamboo and so forth.

Oh yes, and one thing that I should mention. When I was in my prime I could have had any man I wanted. Yes, I was that beautiful. I wanted Bhagwan. Not once in my meetings with the master was there the slightest hint of anything sexual coming from his direction. To be honest, I can’t say the same for myself.

I now live in a remote part of the Amazonian rain forest, where I instruct students in the preparation of entheogenic plant compounds and how to use them to greater understand our potential as human beings. Every two weeks I travel for three hours to reach the nearest outpost of modern-day civilization, where I shop for provisions, drink an ice cold beer, chat with the locals and check my emails. I am open to answering questions in relation to what I have written here on Sannyas News. Just do not expect a quick reply. You can contact me here: egauthieramazon@gmail.com

169 Responses to Ma Yogini’s trip to the divine