Finally what some call certainty after the many speculations about who will take on the role of the mystic Osho in the new Bollywood film.

At the beginning of this month, International Business Times wrote that Ranveer Singh would play the role of spiritual guru Osho Rajneesh in Karan Johar’s film. After a few weeks, the Deccan Chronicle offered another version: it would be superstar Aamir Khan, a rumour to be rebutted after two days by the actor himself who dismissed it, according to Pinkvilla.

The mystic Osho had a huge impact on Bollywood celebrities such as Mahesh Bhatt and Vinod Khanna and to get that role would be certainly an honour for many.

We now hear with reasonable certainty that film director Karan Johar has chosen one of Osho’s disciples, Swami Rajneesh (who also goes by the name Ozen Rajneesh), to play the main role. Copy editors will get slightly confused as the Indian Mystic used to be called Acharya Rajneesh and later Bhagwan Shree Rajneesh. He only took on the name Osho shortly before his death in 1990. Rajneesh (the disciple) has not yet decided if he will adopt a screen name to make things clearer. 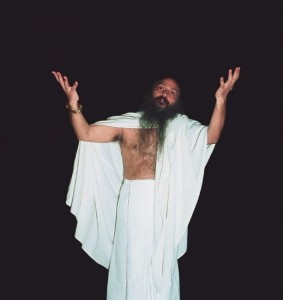 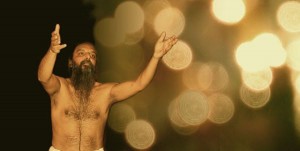 Karan Johar has chosen Rajneesh because of the many years he has been practising playing the role already, taking on poses similar to those of his master. For many years Rajneesh also practiced walking in the Zen manner through the commune compound in Pune (very slowly and meditatively) that earned him the nickname, Slo-mo.  Rajneesh is now in his early sixties and could easily play Osho’s later years. We have not heard who will be cast for Osho as a child, teenager and young man.

Rajneesh will need to leave behind, at least for the time of the filming that will take place here in Mumbai (dates not yet confirmed), and appoint a temporary manager for Ozen Rajneesh Resort (previously known as Ozen Cocom) in Playa del Carmen, Mexico.

21 Responses to Ozen to play Osho in Bollywood Film!