From Sex to Superconsciousness

Osho was known after he quit his post as university professor as Acharya Shree Rajneesh.  He delivered talks in  Hindi during the mid- 1960s in northern and western India, mainly to a Jain audience,  and supported financially  by Jains.

However he clearly wanted to shake things up after a few years of this, and on 28th August, 1968 sparked major controversy with his provocative five public talks, Sambhog Se Samadhi Ki Aur (From sex towards super-consciousness) in Mumbai, then Bombay. It is still reputed to be his most read book! We read somewhere that it had been translated into 34 languages! 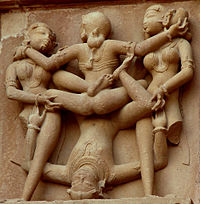 The first talk was delivered at the Bharatiya Vidya Bhavan auditorium and after a sharp public reaction for mixing sex with Indian spirituality, Osho could not deliver the remaining lectures at that venue. Apparently many people walked out half way through at the Bhavan.  Osho himself says in his fifth talk on this subject,  that he was surprised to see that when he ended his talk on the first day,  all the people who had welcomed him onto the platform, the friends who had organised the meeting,  had vanished into thin air!  Some friends!

He did manage to complete the talks a month later,  from the 28th September, at Gowalia Tank Maidan in the city. This venue was the one used by Gandhi in the pre-independence days apparently.

It maybe that some of the bloggers here know these two venues, and maybe they still exist? and why the first would have been so hostile? Any pics?

SN assumes these talks were in Hindi? And if so who translated them?  Laxmi published them in 1979 in English and with good pictures of the statues at Khajuraho, (thought to be illustrative of early tantra),  but we suspect they were actually published much earlier than that.

110 Responses to From Sex to Superconsciousness