Mad to be Normal: The crazy wisdom of R D Laing

Here`s a movie that might be of interest to some sannyasins and veterans of in-yer-face therapies of the 60s 70s and 80s.

Osho praised R D Laing profusely. Amongst other things he said:
“The great Western psychologist, R. D. Laing, made a new discovery. Laing tried to demonstrate that there are many people in Western insane asylums who if they had been born some time in the past,in the East, would have been thought of as masts,fakirs and mystics..” 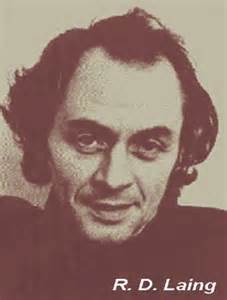 Laing, for his part, didn`t seem to reciprocate the compliment, and was even arrested for throwing a full bottle of wine through the Osho centre window in Belsize Park in 1985 whilst shouting “Orange wankers”. When asked by the cops why he had done it,he replied “Religious reasons”.
Was he a `mast` or just mashed?
Probably a bit of both.
Whichever way you look at it, the gap between being a mystic and blabbering in an asylum, or an exponent of crazy-wisdom or just outright crazy is, all-told, wafer-thin .

47 Responses to Mad to be Normal: The crazy wisdom of R D Laing