Shantam Prem has an Adventure

The World has only a few religious hotshots who can bring hope and trust into other people´s hearts without the covert intention to misuse their trust.

This, I think, is one main reason of Mother Meera´s lasting impact on hundreds of thousands of western people. The whole structure and the work around her is so simple, in simplicity lies its beauty and most probably the authenticity.

Last Sunday, during the silence after the love-making, my friend says delicately, “Would you like to come for Mother Meera´s Darshan?
Crisply, I answered, ” No!”
She asked, “Why?”
Now I was out of silence back into the active brain. “Because I don´t have the hunger. It is some kind of hunger which inspires us to go anywhere. Different people have different hungers. This is surely not my hunger to go to anyone for religious reasons.”
She understood and there was no further discussion. 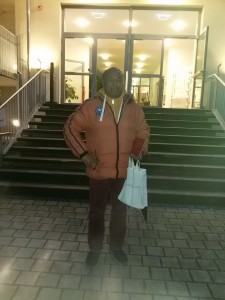 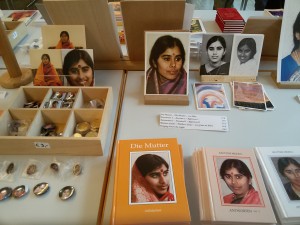 Basically, since I’ve known her these last two or three months, there has always been mention about her spiritual mentor near Freiburg,  and Mother Meera´s coming visit.

People who know me deeply have said many times, ” You change your decisions very fast.” My ex-wife used to say, “You change decisions faster than people change underwear. As a family and  working woman, I cannot rely upon an inconsistent partner.”

To her I explained many times, one decision is based on many components. Once the new reasons emerge which are better than the previous ones I don´t feel ashamed to change them. I am more bounded by the sense of fairness and better judgement where all sides feel win-win.

Next day, during the silent sitting in the church and in the wellness area of the Fitness Centre, I was feeling, “Even if I  don´t have hunger, what is the resistance? Why I don´t go playfully to Mother Meera’s darshan?
Two of my friends at sannyasnews have also asked me to go, why not accept their suggestion and feel the atmosphere?
If you can go to a Swingers Club why not to a gathering of nice people?
Are you afraid to bow down before a lady? Do you think you will become small in your eyes?”

And somewhere picture of MM was getting zoomed in the memory…

At 11 in the evening I checked the darshan schedule and within minutes booked my place for Tuesday, 4pm darshan meeting. There was a peace in me that I had taken a courage to do something new which is not bad in any sense. I don´t think it affects my loyalty to my path. Moreover, I became curious to see the effect, as during the ashram days, while working in Sannyas Initiation Office I had years of experience in high-energy atmosphere of devotion and trust where being feels at the right place at the right time.

Whole of Tuesday there was some curiosity, but not that of an investigative journalist. It was to see something new,  and also the effect on me of surroundings and people.

There must have been around 350 people in the auditorium, most of them aged  45-80. Many children and their parents. The car numbers in the parking area were indicating many people had come from France as well as Switzerland. So a few people had driven two to three hours to reach there.

From the participants’ energy it was clear they are well versed in spiritual literature, meditation practice and some kind of connection with other Indian masters like Sai Baba and Babaji. I will say most of them looked like organic food eaters who have a sceptical attitude towards normal pharmaceutical medicines. I can imagine many people were there with the hope of faith healing.

There was no music. Everybody sitting silently. At exactly 4, Mother enters. Participants stand up to greet her. She reaches the stage. Sits on her chair and the process starts. Same process everywhere – Freiburg, Berlin, London, Paris, Sydney, New York.

One by one people sit before her. She puts the fingers on the head.
Few seconds later there is an eye connection, she nods with the eyes.
One moves, another comes, three persons per minute. In two hours around 350 people get one-to-one, non-personal connection, a kind of silent blessings.

If I say something about Mother Meera´s events in one sentence I can say, “Nothing can be simpler than this.” No theatrical dialogues but only silence, no devotional music but a feeling among the people some kind of healing and positive energy will be transmitted, a kind of loving installation of godly apps in the brain during those precious 17-20 seconds before her. One waits meditatively and patiently for two hours.

Surely there is something…I won´t say it is an all-in-one wonder tablet but whatsoever it is, it’s not the copy of anyone else.

This entry was posted in Discussion, Meditation/Spiritual. Bookmark the permalink.

139 Responses to Shantam Prem has an Adventure